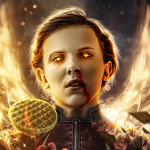 My name is Khairiboss0601. I am the bureaucrat of Samurai Jack Wiki.

I often edit and contribute to different wikis. You can contact me on my favourite wikis section!

I often like to watch adult-orinated TV shows such as Rick and Morty (huge fan) and Stranger Things (again, big fan). However, i used to grow up when i was 6 and there was the DCAU.

I do like to watch films especially since i am a fan of the MCU, really love the The Matrix triology, the Godfather triology and the classic Spider-Man triology but my favourite series was Harry Potter (oh yesss, definetly).

I have decided to make a review about Justice League Action. Suprisingly, the content of JLA has been very good and i was really suprised because i thought JLA was gonna be like TTG: you know, voice actors return but there is no specific plot.

I really do like the series and glad to see the voice actors reprise their roles from their previous roles in DCAU.

Retrieved from "https://justice-league-action.fandom.com/wiki/User:Khairiboss0601?oldid=2479"
Community content is available under CC-BY-SA unless otherwise noted.